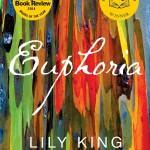 Summer reading programs for all ages

No matter how old you are, you can join a Nashua Public Library summer reading program and win prizes as you read. The programs open on June 20. The theme of the Kids’ Summer Reading Program is Every Hero Has a Story. Among the events scheduled... Read More

Myers will present three panels during the day: “Video Game Music Appreciation,” “Producing Animation,” and “LeetStreet Boys Q & A,” when audience members can ask him anything they want about the band. ComicFest is the kickoff for... Read More

The Nashua Public Library will announce the title of the 2015 Nashua Reads: One City, One Book selection on Saturday, June 6. Beginning at 12 noon that day, library cardholders can check out copies of the book, including large print, audio on... Read More

The 2022 title for the Nashua Public Library’s annual Nashua Reads: One City, One Book program is Dark Tide: The Great Boston Molasses Flood of 1919 by...