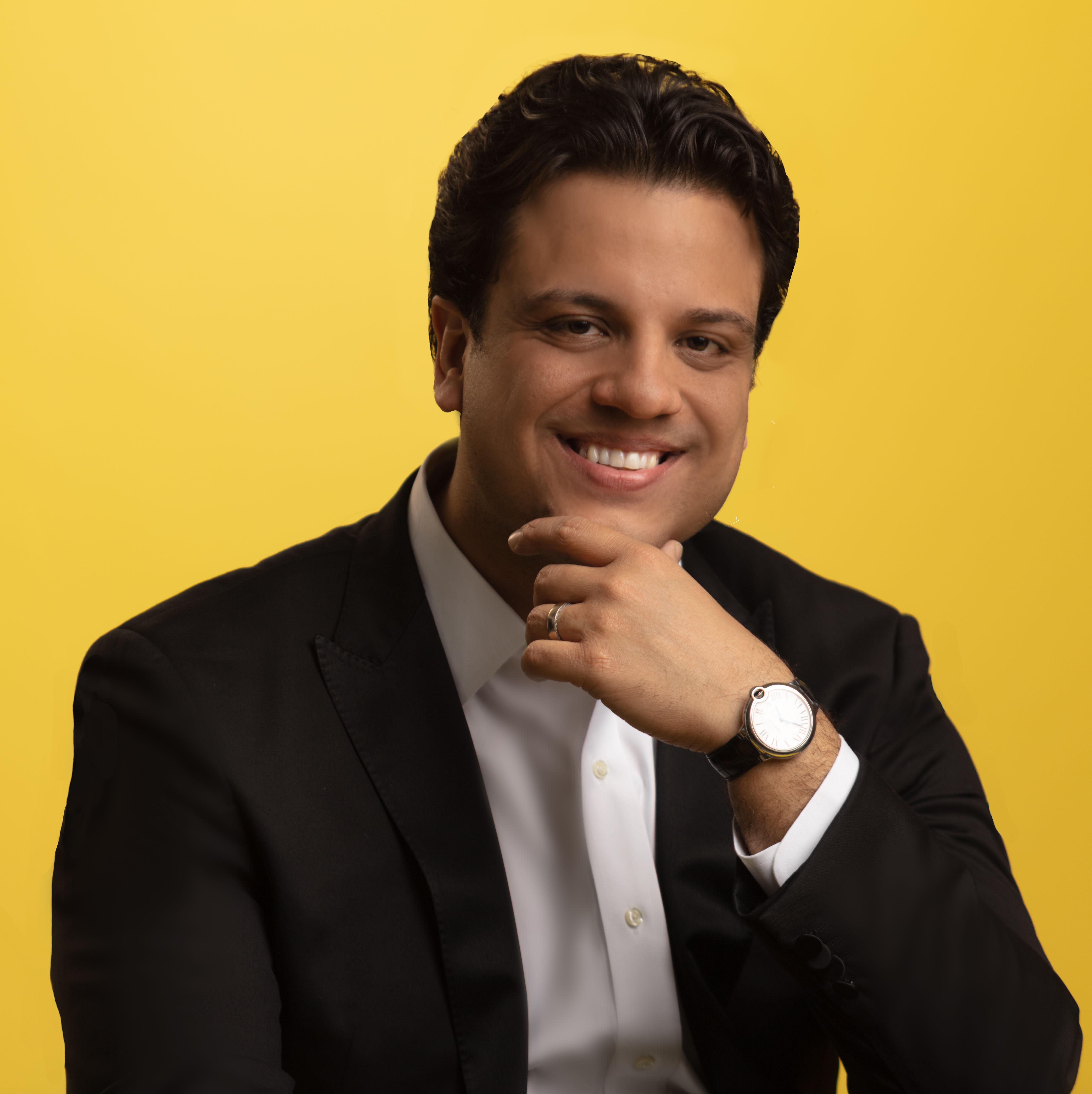 For me, reading a book is engaging and relaxing. As someone who devotes countless hours to musical scores, I find that reading different books is a calm and relaxing activity. I'm curious about a variety of subjects, and I see myself as a lifelong student who is always interested in learning about different topics and ideas. Likewise, listening to a CD is an opportunity to escape and relax. I am fortunate to have music in my life 24/7, and I enjoy discovering new genres of music and listening to a variety of styles. Likewise, I love reading a variety of books and genres because I am always looking to learn more. As a conductor, the music that I conduct is connected to so many different historical topics, and it is extremely important to dive into each piece from a variety of angles. Reading a variety of books makes me a better conductor. I also spend a lot of time traveling, and I find reading on a plane to be a very relaxing activity.

Some of my favorite books of all time are:
The Lion, the Witch, and the Wardrobe by C.S. Lewis - I have wonderful memories reading this book in 3rd grade. This is my favorite book of C.S. Lewis’s seven novels in The Chronicles of Narnia. The elements of fantasy and adventure really connect with me.

Dinner with Lenny: The Last Long Interview with Leonard Bernstein by Jonathan Cott - Leonard Bernstein is a true inspiration for me as a conductor. Not only is he a master musician, but he is also one of the greatest educators to ever live. Although written just one year before Bernstein’s death, this book presents a man full of life and still seeking to learn and teach. Lenny’s was a life for the ages.

Angels & Demons by Dan Brown - Dan Brown is one of my favorite authors, and his Angels and Demons is my favorite book of his. This is one of his best-selling novels, and I love how Brown combines suspense and mystery with ancient history, architecture, and symbology.

Where the Wild Things Are by Maurice Sendak - I remember my parents sharing this book with me as a young boy, and I greatly admire the elements of fantasy and adventure. This iconic story has inspired a movie, an opera, and the imagination of generations.

The Catcher in the Rye by J.D Salinger - Salinger’s book is beautifully written and deals with themes that we can all relate to. The main character, Holden Caufield, has become an icon for teenage rebellion and angst, and now stands among the most important characters of 20th century American literature.

Steve Jobs by Walter Isaacson - Steve Jobs is an American icon and creative genius. He recognized that artistic vision can complement technological advancement. His biography is fascinating, and really dives into the creative thinking process of Steve Jobs, and how he built the Apple empire. As a user of Apple products, myself, I found it very interesting to see how the company’s revolutionary products are now dictating the evolution of modern technology.

The Rest is Noise by Alex Ross - As a lover of 20th century music, this book is a must-read. I greatly admire how Ross is able to describe musical trends with the politics of the time as well as charting the careers of many of the 20th century composers, ranging from early innovators like Schoenberg and Stravinsky to modern minimalists such as La Monte Young and Phillip Glass.

My favorite CDs include:

Walt Disney’s Fantasia - Fantasia introduced me to some of the greatest classical music masterworks ever written such as Dukas’s The Sorcerer’s Apprentice, Bach’s Toccata and Fugue in D minor, and Mussorgsky’s A Night on Bald Mountain, among others. The image of Micky Mouse battling an army of broomsticks that come to life is something that I will always remember.

John Williams’ Harry Potter and the Philosopher’s Stone - John Williams is my favorite film composer, and his score to Harry Potter and the Philosopher’s Stone is truly magnificent. “Harry Wondrous World” is full of imagination and passion, while “Hedwig’s Theme” is mysterious and animated. I especially love the sound of the celeste in the opening! I also frequently program music from this film on concerts for families.

Igor Stravinsky, The Rite of Spring (Zubin Mehta and the New York Philharmonic, 1978) -Stravinsky’s The Rite of Spring is the first piece of classical music that I ever heard in concert, and it is a major reason why I became a conductor. This was a groundbreaking work that literally caused a riot at its premiere in Paris in 1913! Even 100 years later, the work sounds shockingly modern in its primal energy, abstract melodies, and shocking dissonances. I conducted the work in concert for the very first time this past year, which was a thrilling experience.

Mozart, The Magic Flute (Sir Georg Solti and the Vienna Philharmonic, 1991) - Mozart was a master of melody, and his opera The Magic Flute has some of the most recognizable and beautiful melodies in the operatic repertoire. The Overture stands as one of the most brilliant instrumental movements Mozart ever composed. The numbers, ensembles, and set pieces that follow are extraordinary, both in their variety and in the richness of their characterization, and they exhibit a curious blend of fairy tale, Masonic ritual, and commedia dell’arte.

Tchaikovsky, The Nutcracker (Valery Gergiev and the Kirov Orchestra, 1998) - Tchaikovsky’s The Nutcracker is a work very close to my heart. I have conducted the ballet more than 50 times, and the music is absolutely stunning. Tchaikovsky creates a world of life-sized dolls, toy soldiers, and a Mouse King combined with passionate and lush melodies that we all know and love.

The Beatles, Magical Mystery Tour - I really love the music of The Beatles, and my parents always had their music on the stereo during my childhood years. The album has so many memorable and well-known songs such as “Penny Lane” and “All You Need is Love.” Although there are so many great albums by The Beatles, this one came immediately to mind due to the fact that our Family Concert with Symphony NH deals with magical themes.

Game of Thrones Soundtrack, Ramin Djawadi - I recently became interested in Game of Thrones and I am now hooked. The acting and plotline is extremely creative and engaging, but for me, the music takes the show to a new level. Ramin Djawadi truly captures the personality of each character on the show through his music, and each scene is enhanced by the drama of the music.


Mahler: The Complete Symphonies (Simon Rattle and Berlin Philharmonic/City of Birmingham Symphony Orchestra, 2017) - I have a deep love for the music of Gustav Mahler. He said that “A symphony should be like the world—it should contain everything.” His music is pure emotion and there are moments of despair filled with pure ecstasy.

If you haven't read or listened to any of the above, I highly recommend it. Enjoy! 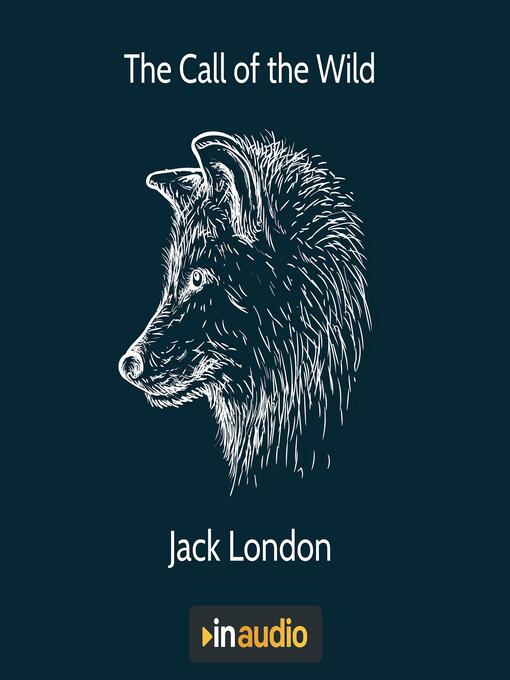 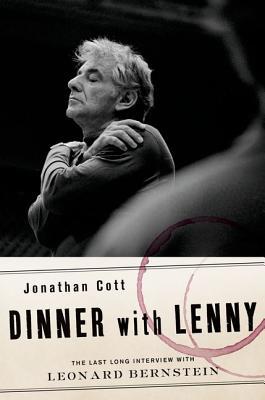 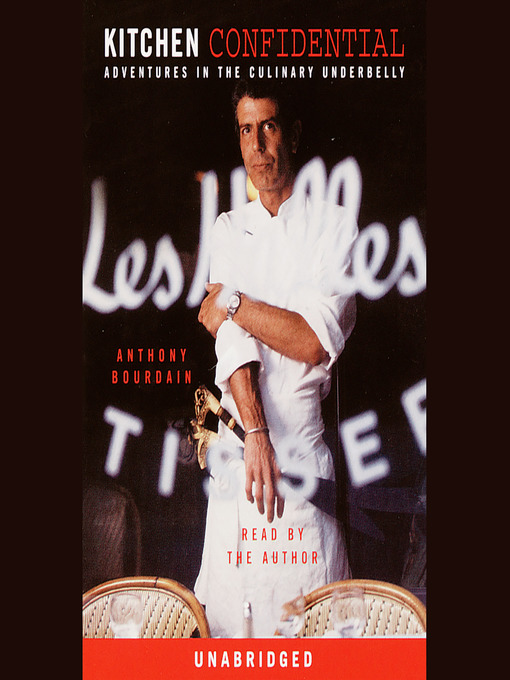 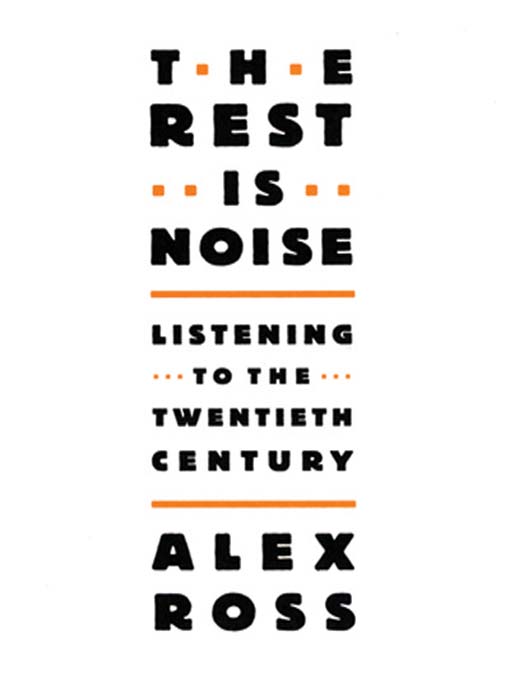