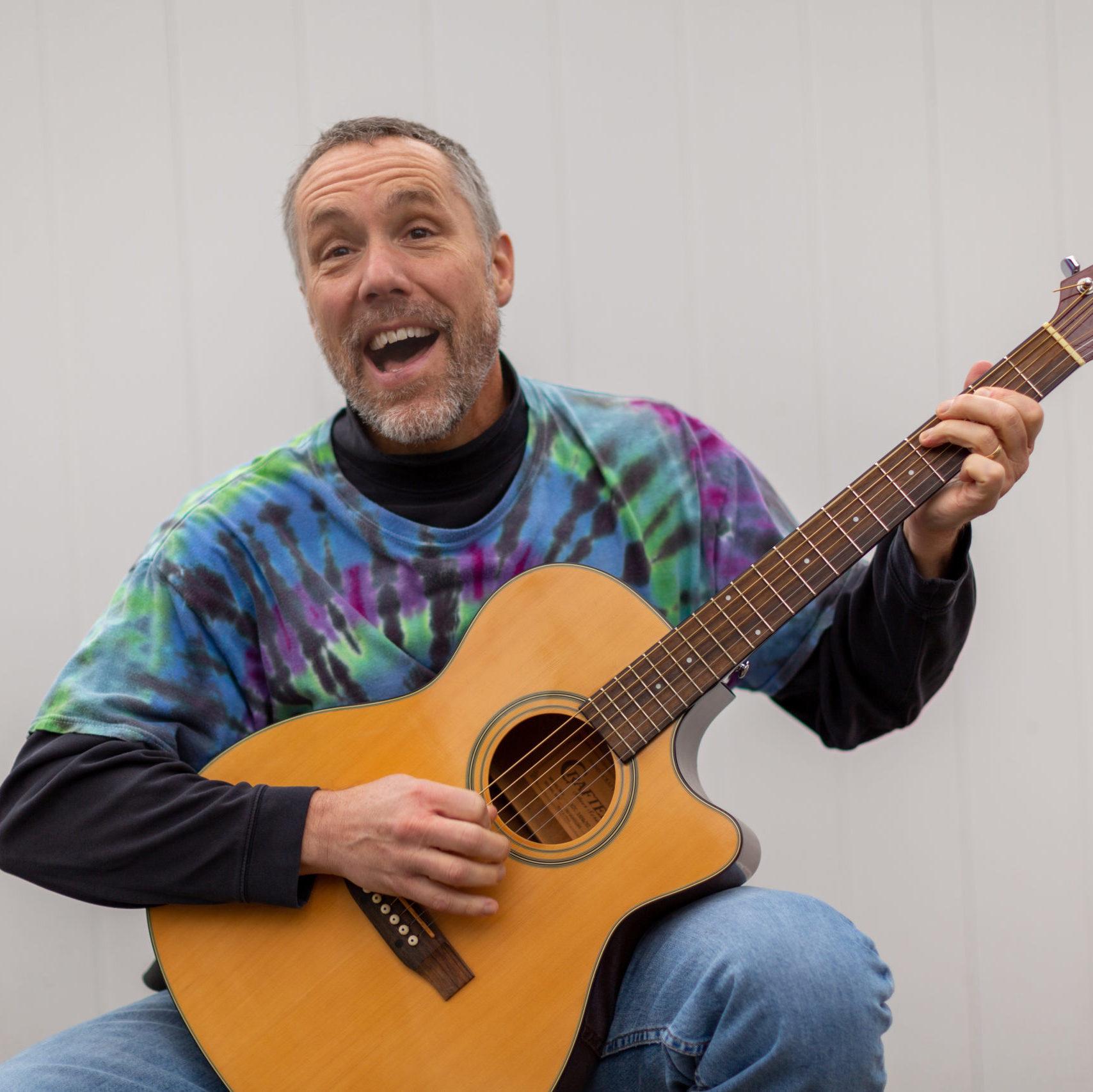 My childhood bedroom was stocked with a nice variety of storybooks—most notably a collection of slender, well-worn, cardboard-bound volumes published by Little Golden Books: The Three Little Pigs, Hansel and Gretel, Little Red Riding Hood, etc. Traditional fairy tales have much to offer; I still remember huffing and puffing and blowing the house down with Mom and Dad more than 50 years ago.

One advantage to owning books at home was the opportunity to improve upon a story’s illustrations. The witch in Hansel and Gretel already had a wart on her nose. Why not give her a purple crayon mustache, too?

I grew up in a home filled with love, laughter, music, and stories. After a morning of playing outside, my siblings and I would gather in the kitchen for a lunch of Spaghetti-O’s, followed by an impromptu recital of songs from popular musicals our mother would sing and play on piano: “Oh, What a Beautiful Morning,” from Oklahoma; “I’m Gonna Wash That Man Right Outa My Hair,” from South Pacific; “My Favorite Things,” from The Sound of Music. These were songs with lyrics and melodies as sweet as the Twinkies we munched for dessert—and certainly more nutritious. Mom was an attractive brunette with a beautiful singing voice, and we figured that she’d been a famous actress before accepting the role of a housewife and parent in her twenties. Clearly, she could have been frolicking in Hollywood with the likes of Elizabeth Taylor and Richard Burton—but in-stead she chose us.

My own childhood in town was leisurely and soft in comparison—and so I derived tre-mendous vicarious enjoyment from my father’s picaresque tales of rough and tumble rural life.

At age five I loved The Legend of Sleepy Hollow by Washington Irving. My friend Rob-bie Williams had an adapted Disney version on vinyl LP, and it thrilled us. We’d turn off all the lights, and Robbie would play and replay the story’s gruesome climax—the chase scene across the bridge, in which the headless horseman hurls his severed head at poor Ichabod Crane. My juvenile imagination was thoroughly engaged by this Gothic tale.

Soon I was creating my own crayon illustrations of the story, which I peddled from a red wagon to elderly neighbors on our street: My finest works fetched four cents each; lesser pieces could be had for the bargain rate of three cents.

Then it was off to school. In first grade we learned that reading was a skill to be trained into our young minds through constant drill and repetition: “See Dick. See Jane. See Dick run. See Jane run. Run, Dick, run! Run, Jane, run!” I grew up in a strikingly homogenous small Midwestern town—yet Dick and Jane seemed impossibly bland even by our stand-ards.

First grade also marked the beginning of SRAs, a reading curriculum that followed us throughout elementary school. SRAs consisted of two- or three-page reading selections, with multiple-choice comprehension questions, printed on crisp folded cardboard, ar-ranged into color-coded units, and stored in a glossy oversized box in the back of the classroom—like a bad board game.

During SRA time, we first-graders worked silently at our desks, doing our best to finish the readings and answer all of the questions as quickly as possible. It was an individual-ized program, and the object was for each student to complete all six of the readings in the lime-green unit, then move on to the olive-green unit, followed by the pine-green unit, etc. A chart on the wall displayed everyone’s names, tracking individual progress, re-warding speed and efficiency with shiny gold stars—and so we basically raced each other from one color to the next, with absolutely no regard for literary appreciation.

Looking back, I recognize that SRAs helped me become a capable reader at an early age, but they certainly didn’t make me want to read. It seemed that school had turned reading into drudgery—a necessary but joyless chore.

It was my second-grade teacher, Mrs. Davidson, who introduced the book that confirmed me as a lifelong bibliophile: Where the Wild Things Are by Maurice Sendak. Ours was a notoriously rambunctious class, and Mrs. Davidson must have sensed that we’d be tamed by Sendak’s tale—which, less than a decade old in the early 1970s, hadn’t yet attained its iconic status in children’s literature.

One glorious day right after lunch, Mrs. Davidson said that she was going to read for us a very special book, a story about a little boy who went out to play with weird and wonder-ful monsters. Peering over the pages with a twinkle in her eye, and making sure that we could see the pictures, Mrs. Davidson commenced, “The night Max wore his wolf suit and made mischief of one kind and another his mother called him ‘WILD THING!’ and Max said ‘I’LL EAT YOU UP!’ so he was sent to bed without eating anything.”

This was the story I’d been waiting for! Clearly Max inhabited a world far more relatable than the one where Dick and Jane resided. Like so many of us sent to our rooms and left alone with our imaginations, he ventured beyond time and space to a place without rules or grown-ups. And Max’s forest primeval was populated by the most fascinating, fright-ening creatures I’d ever encountered. Sendak’s beautiful, riveting illustrations took my breath away—and they still do. Max himself was both boy and beast—and he was able to conquer, befriend, and preside over his monstrous companions on their spree of mayhem and merrymaking: “Let the wild rumpus start!” Of course, Max eventually felt homesick and returned “…into the night of his very own room where he found his supper waiting for him and it was still hot.”

After she finished reading, Mrs. Davidson went on her regular afternoon cigarette break in the teachers’ lounge a few doors down the hall. Normally at such times she’d admonish us to work silently on handwriting exercises or arithmetic worksheets while she was gone—which typically led to our own brand of wild rumpus, as we were unencumbered by adult supervision.

But on this occasion, Mrs. Davidson instructed us simply to write stories and draw pic-tures—whatever we wanted, and for a solid 20 minutes the room was quiet with the en-ergy of our creative focus. I, for one, was inspired to begin an original illustrated series with the title Where the Monsters Are, certainly not the only derivative effort produced in the classroom that day.

***
The years went by—and I kept on turning pages. Before long I was reading Encyclopedia Brown and all sorts of mysteries for kids. Nonfiction interests led me to coin-collecting catalogues, sports biographies, and histories of World War II. Thirty Seconds Over Tokyo was a particular favorite in fourth grade. The Guinness Book of World Records and Rip-ley’s Believe It or Not both came out in series form, satisfying my appetite for weird trivia; I also relished books about strange phenomena such as ghosts, UFOs, the Loch Ness Monster, and Sasquatch.

My middle school sense of humor was sharpened by MAD and Cracked magazines. In eighth grade I became obsessed with The Beatles and devoured any biography I could get my hands on at the library. If Sgt. Pepper’s Lonely Hearts Club Band were a book, it would rank high on my list of recommended readings; I must have read the lyrics on the back of the album cover hundreds of times, while listening along to the songs on head-phones.

As a young teenager I discovered Have Spacesuit, Will Travel by Robert Heinlein, spark-ing an interest in science fiction that led eventually to Cat’s Cradle by Kurt Vonnegut—who remains one of my all-time favorite authors. During high school I read all of Vonne-gut’s books, and, as an adult, I followed his career as he continued writing and publishing until his death in 2007. So it goes.

Which brings me to my book recommendations. It was difficult to choose a “Top Nine.” Would it be Shakespeare’s Hamlet—or Almost Everybody Farts by Marty Kelley? I chose the latter because the author is a friend of mine—and I’ve witnessed so many groups of kids laughing hysterically when he reads aloud at schools and libraries. Selecting just one title each from Irving and Vonnegut was basically a game of eeny-meeny-miny-moe be-cause I know and love so many of their books.

On the other hand, Pride & Prejudice and The Adventures of Tom Sawyer are clear favor-ites by authors with substantial bodies of works. Twain’s masterpiece and Roll of Thun-der, Hear My Cry by Mildred Taylor are books I came to love during my tenure teaching sixth-grade English. Frost’s poetry, meanwhile, inspires me on a daily basis—frequently while walking outdoors—and I’ve made a hobby of memorizing a few of his best-known pieces. Born a Crime by Trevor Noah, which I read only a few weeks ago, is the last book that made a huge impression on me.

And, of course, whenever a book takes me outside of myself, beyond time and space, to a place of pure imagination, that is when I return to Where the Wild Things Are. 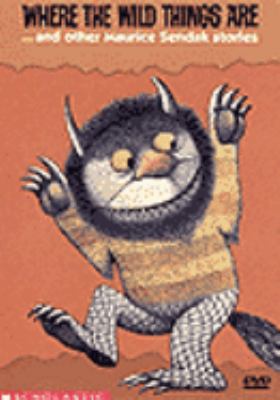 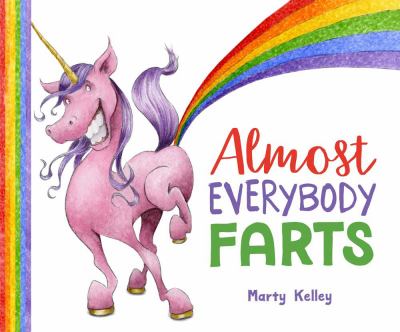 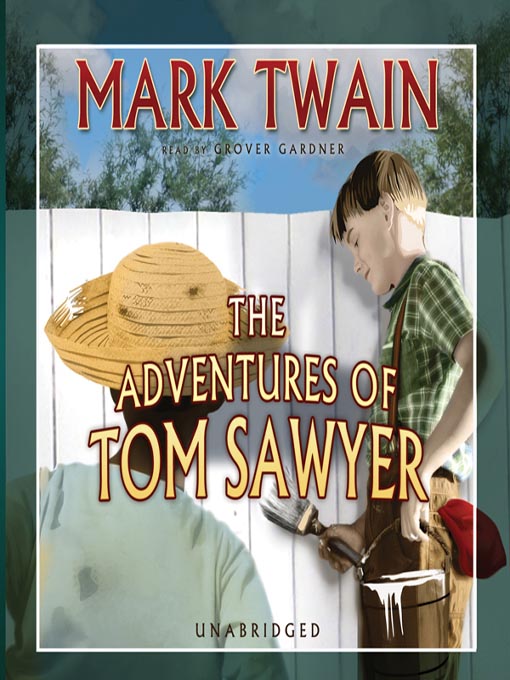 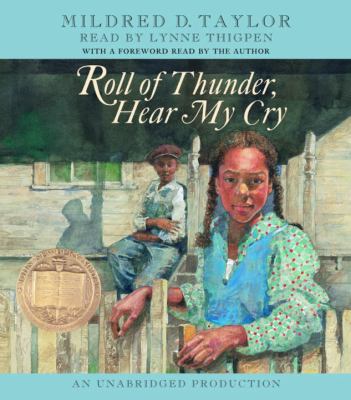 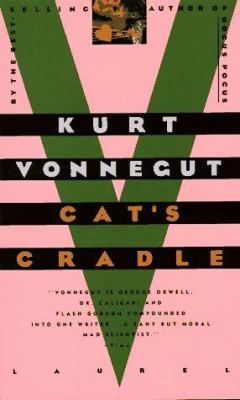 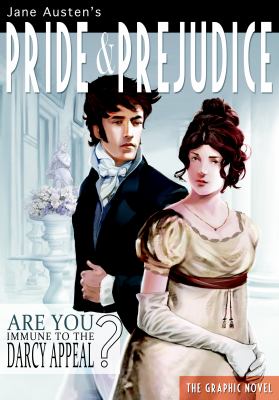 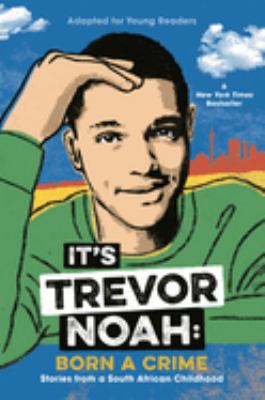