“New England Windows,” an exhibit of paintings by Olga Sushkova-Hunyadi,  is on display at the Nashua Public Library in January.

The paintings depict Sushkova-Hunyadi’s impressions of the character of New England, her new home, especially its architecture and nature. She is a recent immigrant from Russia now living in Lowell, Mass.

The paintings, done in oil and acrylic on canvas, are simple at first glance. But they show familiar objects from an unusual side, conveyed through deep, thoughtful coloring.

Sushkova-Hunyadi has been exhibiting her art for 14 years, with shows throughout Russia and abroad in Germany, Switzerland, and Canada. Locally, she has taken part in group shows in Massachusetts and New York and had a solo show in Google offices in Cambridge. 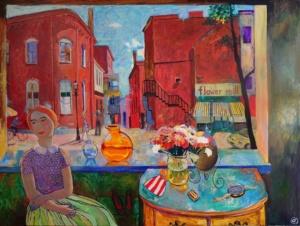 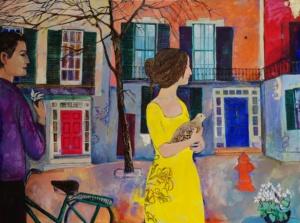 Girl With a Patridge 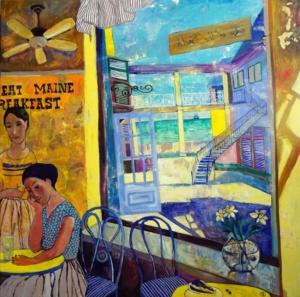 On the Edge of the Earth